Is there a problem with the Projectsend build?

I’m having some trouble getting projectsend set up.
I get the same error on two different docker hosts.
I’m using my mysql for other databases, and they work just fine, so i’m not thinking it’s the mysql.

I’ve set both the mysql and the projectsend up with docker-compose. 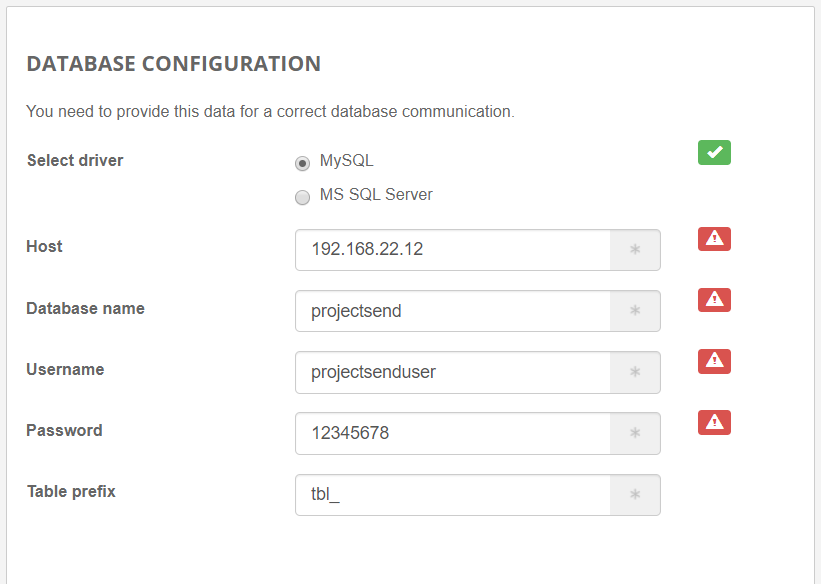 I hope someone can help with this, projectsend looks just like what i’ve been looking for.

I am seeing the exact same issue. Has anyone been able to set up a fresh instance of projectsend since September?