I’ve read another thread where somebody appeared to get this working but I can’t get it to run and allow access to the admin interface in my Synology NAS. The other threads issue was apparently the wrong user details, mine are correct.

It fires up and I see a few issues in the log. The log is viewable here

Attempting to access the admin url replies with the network connection being dropped or responding with empty response.

I’ve tried with and without host network and neither will allow me to access the web server.
I’ve also tried logging. in to the containers console and rerunning the config of OpenvVPN-as, again, this does not work, initially it says"Enabling service
Error: Could not execute ‘systemctl enable openvpnas’ to enable startup/shutdown scripts
", so I installed it and then it just failed to start OpenVPN-as server. So I’m at a loss now.

Any help would be greatly appreciated!

Don’t use net=host, use the default bridge

Hi, thanks for the response, as mentioned, I’ve tried it as host and bridged, same issue

I set ports when in bridge mode of Course though

My setup command for the bridged version is as follows 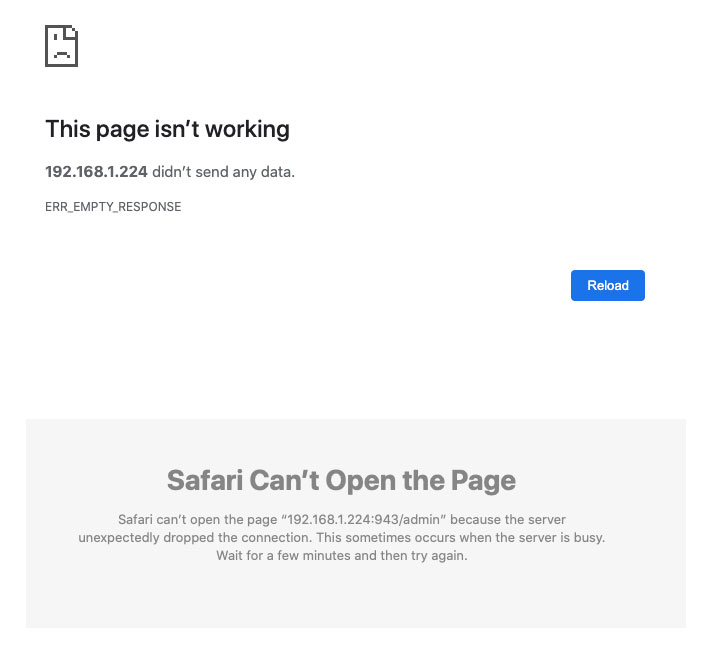 Hope that’s enough to give a hint as to what going on, I don’t see anything in a log when I attempt to connect via the browser

did you use https?

Rookie mistake! No I hadn’t, I just did and it works. Feel a bit stupid for this one.

Thank you for your help, you’re a star!