I’m running plex image using docker on a raspberry Pi 2B with OpenMediaVault on Raspbian Buster.
I’m managing the container via docker-compose

I restart the container weekly via
#!/bin/bash

When this script is executed OR I reboot the whole platform Plex container is up (docker container status plex) but I’m not able to access the webgui; accessing 192.168.1.11:32400 I get a javascript string

and a xml instead of the login page.

If a then restart manually the container OR execute the same script above I end with Plex working fine.
Nothing relevant in Plex logs.

Do you see any issue in my setup? 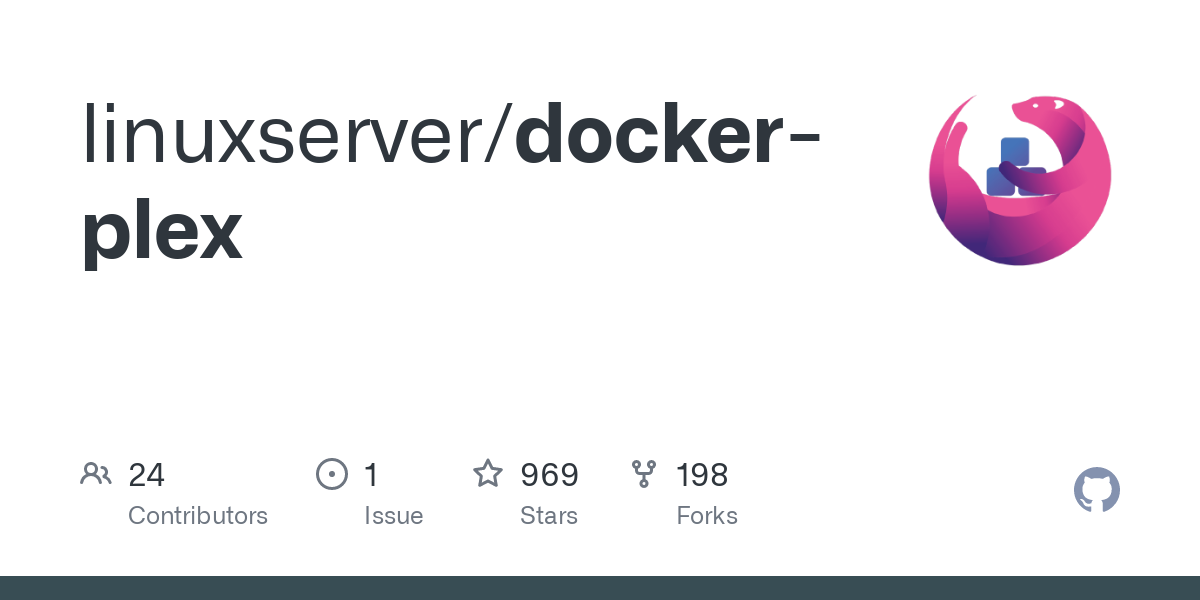 Contribute to linuxserver/docker-plex development by creating an account on GitHub.

Yes, I know.
But if I access /web in the “broken scenario” I’ll be redirected to Plex.com site, I login in and I reach the media server home page with the message that there isn’t a media server available.

I’m saying that load /web isn’t solving the issue: looks like PMS container has some issue when not explicitly restart and is docker itself that is restarted.

ok, you hadn’t mentioned /web only that you were accessing the wrong url originally. With that said, it sounds like you need to claim the server, which is why you’re being sent to plex. (since you’re using host mode, this shouldn’t happen IIRC, but i can’t think of why else you would be redirected. ) I do recall someone mentioning the other day that VERSION=docker gave them an issue and VERSION=latest worked, so you can also try that.

It may be best to come visit us on discord for live support.

Just for information: the issue is related to the fact that containers volumes are mounted on folder stored on USB hdd so I had to set a “wait for filesystem mount” at raspberry OMV startup