This would be a nice addition to LSIO.

I can vouch for the quality of the translations. I just translated an entire book with the Argos engine today and the result was extremely impressive. Just discovered that they have a self-hosted app.

Free and Open Source Machine Translation API, entirely self-hosted. Unlike other APIs, it doesn’t rely on proprietary providers such as Google or Azure to perform translations. Instead, its translation engine is powered by the open source Argos Translate library. 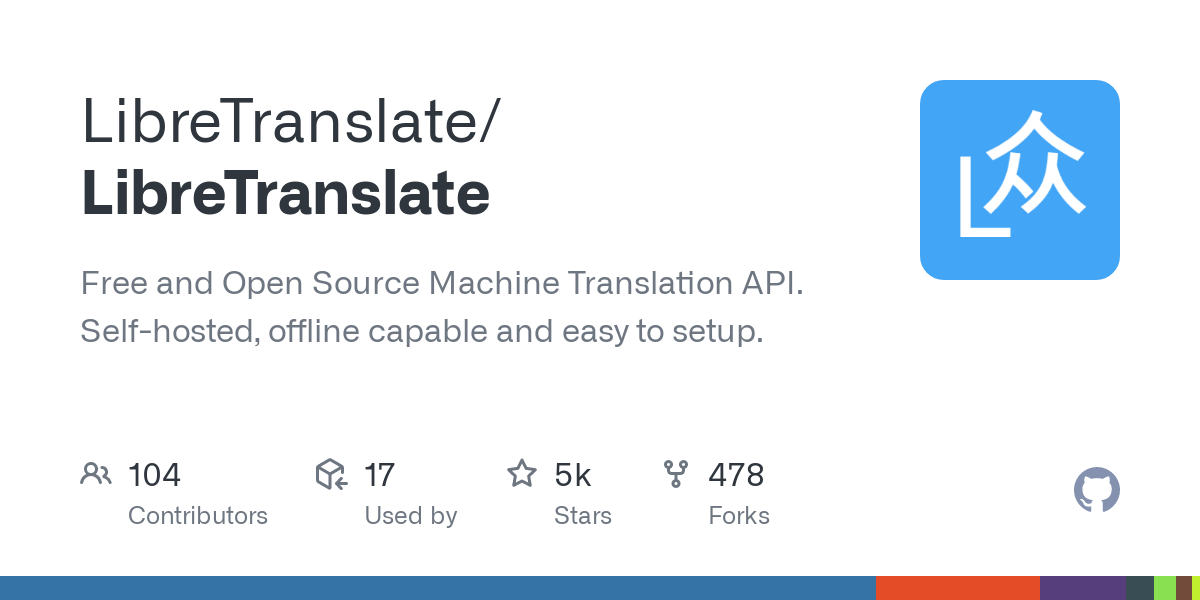