Spaghetti Detective is open-source software that can monitor your 3D printer for failed prints (e.g. when printed item detaches from print bed and then printer starts to print spaghetti). They offer paid managed instances or self-hosted version: 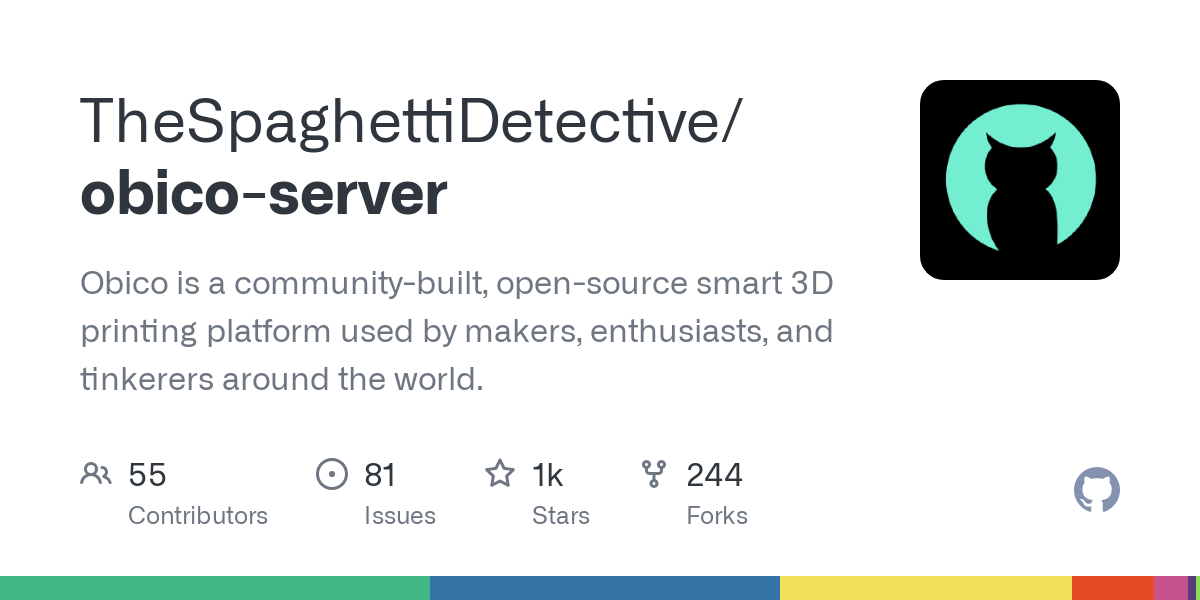 Any chance of LSIO building this? Thanks for any feedback.

Someone else was already trying to reach out to LSIO on unRAID forums in March 2021: [3D Printing] The Spaghetti Detective on Docker - Docker Engine - Unraid

I have personally played with trying to “lsio” this and getting premium to work properly is a challenge the devs aren’t willing to help with. I doubt this is something we will support since it’s nearly useless outside of running in a pi

I thought that their tutorial for unraid was actually a good sign this should work on x86 platform. That is really sad to hear this is not possible.

Oh it will “work”, premium trends to be the issue. Test it out and see if it works. If they’ve made changes for better support, that’s be cool I might look back into this

We do not monitor mentions on other forums.

Yea I didnt mean it like that. Just that there are other people that wanted this, just didnt mention it in correct forum.

Alright so I have just followed their steps and it works as expected, but it has created multiple containers and I still have no idea where they store data that should be persistent. I have no idea about premium features because I dont have premium account.

Main benefit is unlimited free hours which is there, but without the refinement of LSIO. Any chance of getting this into LSIO image?

Regarding infrastructure: I have octoprint on raspberry pi and containers running on x86 desktop on the same network. Webcam is only 0.1fps but I dont care. I can get full fps directly from octoprint or via reverse proxy. This is merely config specific thing that I think should not be an issue for not having this as neat compact LSIO image that would be much easier and faster to use and to update.

Does this mean that this request was denied and I should look at some other solution or is this in progress?

we didnt deny anything, if someone feels like building this they will. though you didnt test premium (which is included for self-hosted setups) which is the only thing i said I could not get to work right

Which premium features you were not able to get to work right?

the full fps is what i couldn’t get working and support for TSD told me the setup in a container wasn’t supported and MIGHT work or MIGHT not. If you have it working, that’s really good news. We’ll leave this open and see if any team members are interested in picking it up. Thanks for the feedback!

I have this up and running fine on my unraid server right now. Just following the official instructions. Also all the premium features are working for me. Also the webcam. I mean the whole point of spaghetti detective is ai detection of failed prints and stopping of those. Of course it needs a octoprint client plus a webcam to achieve this. Running on a PI is not supported, as the ai detection is a pretty heavy load.